The Uniting Church in Australia has a long history of caring for creation. There is hope in our stories of putting faith into action, hope in our strategies to adapt, and hope in the mobilisation of large groups of people for political change and the building of strong communities. As Covid-19 has been disrupting the world, we have been able to enjoy a once in a generation opportunity to reimagine and create a safe and better future

Right now, we stand at a critical juncture, as a leaked draft of the Morrison government’s Technology Investment Roadmap confirms that it is looking to redirect funding earmarked for clean energy projects into support for gas and carbon capture and storage projects.

Schools Strike for Climate is a movement led by school-aged students who are concerned about climate change. Last year, they led thousands strong strikes and marches through major cities across Australia. Many Uniting leaders marched with them. This year, they are calling on students and other supporters to take action in a national day of action on September 25, calling on the government to “fund our future not gas”. On the 15th and 16th the Uniting Youth Action Climate taskgroup was proud to host an important gathering, facilitate discussion, training and inspire people to get involved. The following speakers shared insights, stories and guidance about the following;

What is the problem? Why is there a day of action? What is our national energy use and why we need to accelerate the switch to renewable energy

How to plan or join an action

How to engage your MP

Some public commitments for actions

Read the slides here: UC briefing_how to get involved 160920 Ways to get involved!

2020 has been a year of disasters – bushfires, COVID-19 pandemic and economic disruption. While the government has an opportunity to create jobs and reboot the economy by investing in clean affordable renewable energy projects, they are instead deciding to fund fossil fuels that will likely make matters worse.

Why do you care? What gives you hope? Whatever your faith journey and motivation, climate change intensifies our shared responsibility to use our words and actions to support solutions and inspire people around us. There are many ways to get involved

Get in touch ( [email protected])  if you have any questions, or want to talk about what the first step is for you

Participate in the Common Grace online prayer vigil in support of the day of action via Zoom, on Thursday September 24, at 7pm. More info at: www.commongrace.org.au

Write a letter to your Federal MP

Our decision makers need to hear from ordinary people about our desire for an economic recovery based on renewable energy – one that will create jobs and a liveable planet. A short personal letter to your local Federal MP to share your concerns can make a difference.  Why not organise one or two others to write letters with you? For some inspiration- Check out this messaging guide, and report from The Australia Institute on reasons to support a renewables-led recovery, not gas

Checkout out tip sheet on how to Write to your MP

Here are some examples of human signs with three people or 100s of people!

Capturing the fact that there have been actions in every corner of Australia is essential for flooding social media and sending a clear message to the government. So make sure to use this guide, and get a great photo, ideally get some great video, and send it to SS4C  immediately after the action.

If you are in lockdown and can’t join with others then you will be able to take part by taking a photograph inside your home with the key message and posting it on social media (taking a ‘selfie’).

Here are some examples of the kinds of signs you can make! And how to add it on social media. Don’t forget 1) what church/group you are part of 2) #fundourfuturenotgas and #uniting4climate 3) you can tag your local MP As they are organised, actions for September 25 will be listed here. If there’s already an action registered in your area and you want to help make it happen, email [email protected] to be connected.

Plan your own September 25 Build Our Future local action Because of Covid19 restrictions, it’s not about turning out big numbers. Instead it’s about the sheer number of actions of 10-20 people in small Covidsafe gatherings in every town, suburb, and community in Australia

More info can be found here

For people in concerned about being anywhere in public, this is the preferred option for an action!

Choose a platform eg Zoom, creatively work out a way of creating the words Fund Our Future Not Gas across your screens, make yellow a strong theme, recruit 10-20 of your mates to be a part of your action, and get a great screen photo! Even if your action is online, please register it: http://ss4c.info/sept25

As part of the Synod Climate Action Strategy* Uniting Mission and Education and Uniting have joined forces to offer a free climate action themed banner to lucky congregations.

Displaying a banner is a simple way for congregations to express their concerns and values into the public square and to show support for the Synod Climate Action Strategy.

There are three banner messages to choose from:

There are some  free banners remaining. To order, simply email Jon O’Brien at Uniting [email protected]  with a contact name and delivery address and the banner you prefer. Banners will be allocated on a ‘first come, first served’ basis.

There is a lot of information out there! Here are some good videos and places to get engaged and learn about emerging solutions

Beyond Zero Emissions ‘Million Jobs Plan’ is a great example of what a climate-smart recovery could look like. Listen to BZE’s Principle Researcher, Dr Dominique Hes (Bio here) on how the Million Jobs Plan aims to find and deliver one million new, good, secure, well-paying jobs, to help rebuild our economy after the disruption of the coronavirus pandemic and secure a strong future for all Australians. Dominique is joined by BZE Hunter region volunteer, Dr Natasha Deen speaking on how local communities are getting involved.

The Climate Council was founded in 2013 by tens of thousands of Australians to create a new, an independent and 100% community-funded organisation in response to the abolition of the Australian Climate Commission.. They get climate stories into the media, produce hard-hitting reports, call out misinformation as we see it and promote climate solutions such as the transition to renewables.

Well-researched information on this issue is available on this ARRCC webpage.

Based in Canberra, it conducts research on a broad range of economic, social, transparency and environmental issues in order to inform public debate and bring greater accountability to the democratic process;

Taking a deep dive into the politics- What is this all about?

Why are people talking about ARENA?

The School Strike 4 Climate is talking about expanded public ownership- what is that?

Queensland is an example of a state whose electricity assets are still publicly owned, and dividends are have been used to fund access and affordability programs under  an Affordable Energy plan, and subsidising household energy bills.

What does recovery funds mean?

The recovery funds are more referring to money being allocated to stimulate the economy due to impacts from Covid.

Dr Fatih Birol, Executive Director of the International Energy Agency, recently suggested that while COVID-19 has had deep economic and health impacts, it could also be an opportune time to inject funds from global economic stimulus packages’ into the development and manufacturing of renewables, saying:

“Large-scale investment to boost the development, deployment and integration of clean energy technologies – such as solar, wind, hydrogen, batteries and carbon capture (CCUS) – should be a central part of governments’ plans because it will bring the twin benefits of stimulating economies and accelerating clean energy transitions. The progress this will achieve in transforming countries’ energy infrastructure won’t be temporary – it can make a lasting difference to our future.

A recent Price Waterhouse Cooper report looked at the impact COVID-19 on Australia’s renewables sector, and found the virus will impact manufacturing and delay the supply of equipment and materials used in the construction of solar energy facilities, along with short term price increases.

However some believe that Australia could use this time to rebuild and respond with a considered plan to create “jobs-rich economic benefits” – and it’s argued that investment in the renewables sector could provide some substantial inroads. The clean energy sector has argued that a pipeline of wind and solar projects could be brought forward. 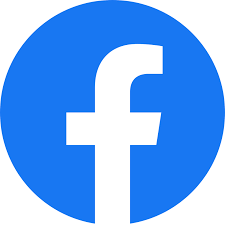